What is a statute of limitation and why is it important?

One of the first questions a lawyer contemplating filing a lawsuit on behalf of an injured person asks him or herself is when does the statute of limitations expire for this case.Why? Because the statute of limitations establishes the timesomeone has to file a lawsuit before they will be forever barred from ever bringing that suit.The statute of limitations varies from state to state and from case to case. There are several reasons whywe have statutes of limitations.Among these are toencourage people to bring claims promply,to avoidlitigation about events that occuredso far in the past that witnessescan’t remember what happened and evidence can’t be located, and tokeeppotential defendants from living in perpetual fear ofa lawsuit. Despite these many reasons,it certainly seems unfair to a someone who was was severely injuredto be denied the opportunity to seek justicesimply because they were just one day late filing their lawsuit.Nevertheless, statute of limitations areareality thatmust be understood by anyonewho has bee injured.

Two questions must be answeredin order to determine when the statute of limitations will expire and bar any potential lawsuit: What type of case is this and when did the statute start to run?Sometimes these questions are easily answered. If you have been injured in a car accidentand want to bring alawsuit against the responsible party for your injuries, you have a personal injury casethat accrued on the day of the accident. In Ohio, most personal injury lawsuits are governed by a two year statute of limitations. (However, keep in mind that each state hastheir own statutes of limitations.) So ifthe accident happened on June 1, 2008, your personal injury lawsuit must be filed by June 1, 2010.If you file it on June 2, 2010 you are too late.

In othersituations, figuring outwhen the statute started to runis not so simple. Professional malpractice casescan present challengesin fixing the date when the statute starts running.For example, in Ohio,the one year statute of limitations for medical malpractice cases begins to runwhen the injured persondiscovers or, in the exercise of reasonable care and diligence, should have discovered the resulting injury, or when the physician-patient relationship for that condition terminates, whichever occurs later. It frequently is not clear when someone discovered or should have discovered their injury. That is why issues surrounding when the statute of limitations began to run are frequently litigated.

Another issue that someone who thinks they may have a lawsuit should keep in mind is that it takes an attorney time to investigate a case and prepare a suit. Medical malpractice cases frequently require months of investigation time. If you call a lawyer right before the statute runs, they cannot perform an adequate investigation and may not be able to help you.

The lesson for anyone contemplating bringing a lawsuit is to contact alawyer as soon as possible. Depending on the type of cases, the statute could be anywhere from 180 days to fifteen years. Given the difficulty lawyers can have in determining when the statue runs, non-lawyers should not attempt to assess the situation on their own. You don’t want to be the person denied the opportunity to have their day in court just because you waited too long to call a lawyer. Is Roundup Harmful to Humans? How to Safely Heat Your Home in the Winter How to Support Someone Who Sustained a Catastrophic Injury What Damages Can I Sue for in a Car Accident in Los Angeles? 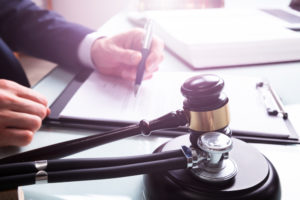 Are Fatal Car Accidents with Large Trucks on the Rise in Texas?